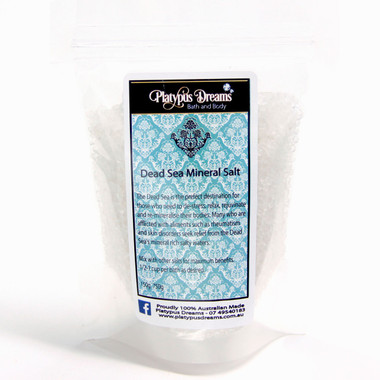 The Dead Sea has a reputation of being what some would call Miracle Waters. The reputation of the waters of the dead sea dates back thousands of years to the time of the Romans. The Roman historian 'Flavius' noted..."The Dead Sea cannot be praised too highly; travellers take this salt home because it heals the human body and is therefore used in many medicines".

The Dead Sea is the prefect destination for those who need to de-stress, relax, rejuvinate and re-mineralise their bodies. Many who are afflicted with aliments such as rheumatism and skin disorders seek relief from the Dead Sea's mineral rich salty waters.

The salt in the dead sea is unique as it has a total salt concentration level which is 10 times higher than ocean water when the ocean water is 3% salt this means that the waters if the Dead Sea are approximately 33% salt. The composition of the brine in the Dead Sea is very unique as it has lots of magnesium, potassium and calcium chlorides in it in addition to high concentration levels of bromide when comparing it to normal sea water. Like other salts which people use for their bodies like Epsom Salt and Magnesium Chloride the minerals of the Dead Sea Mineral Salt are absorbed transdermally through the skin.

So if you cannot travel to the Dead Sea to experience it's wonders then you can have this in the comfort of your own home. Suggested usage is 2-4 cups to a very warm but not hot bath. Soak for a minimum of 20 minutes. To get the floating feeling like that of the Dead Sea add more salt to the water.

This product hasn't received any reviews yet. Be the first to review this product!

All prices are in AUD. Copyright 2021 Platypus Dreams. Sitemap | Ecommerce Solution by BigCommerce